Posted on October 20, 2020 by dkatiepowellart

The Durgha Festival is on, Navratri, and ten nights of a celebration
of the many faces of the goddess is in full swing.
Lamy Al-Star with Robert Oster Opal Green ink.

She sits on my desk, a reminder of strong women everywhere,
and the power of women against evil.
Men too, for a female form is not what brings power,
but an honoring of the balance of the powers.

“The most popular legend associated with the goddess is of her killing of Mahishasura. Mahishasura was half buffalo demon who did severe penance in order to please Brahma, the creator. After several years, Brahma, pleased with his devotion appeared before the demon. The demon opened his eyes and asked the god for immortality. Brahma refused, stating that all must die one day. Mahishasura then thought for a while and asked a boon that only a woman should be able to kill him. Brahma granted the boon and disappeared. Mahishasura started to torture innocent people.
He captured heaven and was not in any kind of fear, as he thought women to be powerless and weak. The devas were worried and they went to Trimurti. They all together combined their power and created a warrior woman with many hands.
The devas gave her a copy of their weapons. Himavan, the lord of Himalayas, gifted a lion as her mount. Durga on her lion, reached before Mahishasura’s palace. Mahishasura took different forms and attacked the goddess.
Each time, Durga would destroy his form.
At last, Durga slayed Mahishasura when he was transforming as a buffalo.”
(Wikipedia has a decent synopsis that is understandable.)

We need MahaDurgha now,
for the evil that is afoot is mighty!

“Memory is more indelible than ink.”
Anita Loos, Gentlemen Prefer Blondes.
“I think not….”
Me… why I journal! 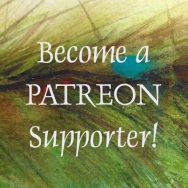