Posted on October 17, 2016 by dkatiepowellart

Eastern Oregon University’s Inlow Hall’s original grand staircase
has fallen into disrepair, below, and Restore Oregon is assisting with the
restoration efforts of this once beautiful and important grand staircase.
It was used in many ways for formal and informal gatherings over the years. 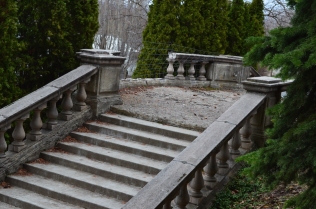 In the spirit of Inktober, the inking, and most of the coloring, was done with
waterproof inks.  Noodler’s Lexington Grey provided the stonework (grisaille) and shadows were a mix of that and De Atramentis Document Brown, which was also mixed with De Atramentis Document Green and Super5 Dublin to greate the various greens.  Paintings executed in brown are referred to as brunaille, and paintings executed in green are called verdaille.  Final touches of Primatek watercolors were added to pop the greens. 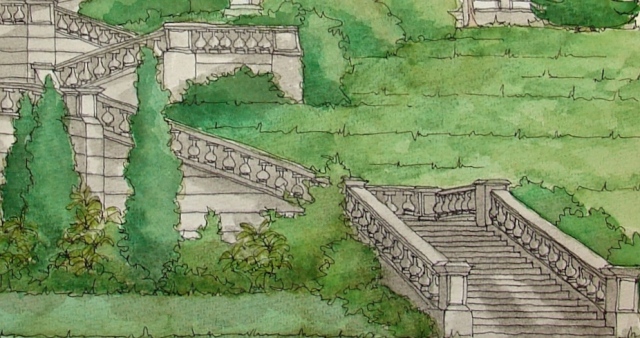 I support Restore Oregon because they gift monies
each year toward projects to restore our historical places.

Eastern Oregon University (EOU) in La Grande was established in 1929 as The Eastern Oregon Normal School, a teachers college. The original campus building, Inlow Hall, was designed by Portland architect John Bennes. It is perched on top of a natural ridgeline overlooking downtown La Grande. Inlow Hall was distinguished by a highly developed set of terraces and balustrades. The terraces along the southwest portion of the site were removed decades ago, and today the Grand Staircase is the sole remaining element of what was originally an elaborate set of landscape features. The Grand Staircase features five tiers that climb up the hillside on the northern edge of the EOU campus. The staircase is connected to Inlow Hall by a formal view terrace. Italian Renaissance Revival style, both were listed on the National Register of Historic Places in 1979. 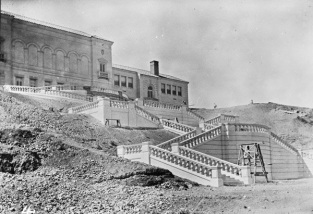 The images donated will
raise money for Restore Oregon at the
Restoration Celebration, November 11th, 2016. 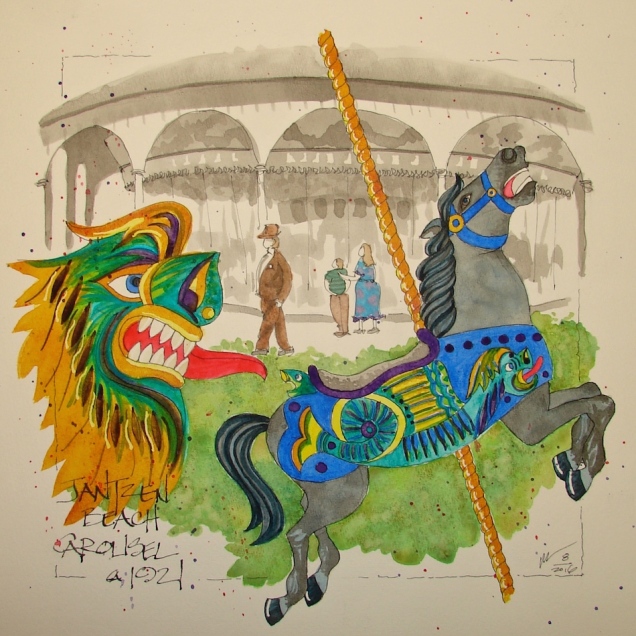 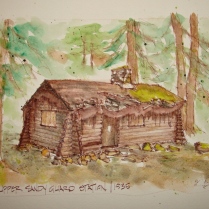 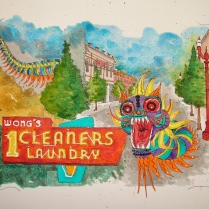 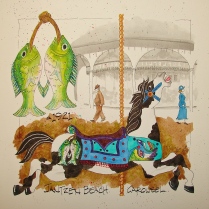