Posted on October 30, 2017 by dkatiepowellart

I wanted to tell my readers that I am sorry I missed so many comments
for many weeks, and am now going back through them.
I wasn’t being lazy or busy (I was busy) — WP notifications changed!

I opened my new Nostalgie journal
on the eve of Diwali,
Hindu Festival of Lights…
Just worked out that way, but
because of what is rolling in
my head it was auspicious.

“Signs signs everywhere are signs”…
Of course they had a different
message but I heard the one
I was meant to hear!

EVERYWHERE are signs…
what is on my mind this morning. 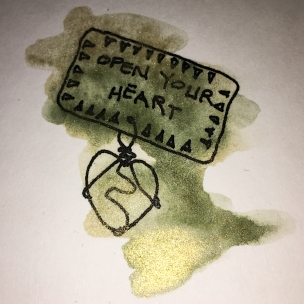 Autumn is my favorite season,
not just because I associate it with my birthday (and now Mitchell’s),
but because good things happen
as we head into the darkness.
I am comfortable with darkness,
twinkle lights and candles cheer
more than sunset at 10pm!
Cinnamon, butter, winter squash,
garlic, mushrooms, red wine stews.
Curling before a fire or maybe
cozying in with wool socks and sweats, a pile of pillows, sketchbook in hand!

Autumn is also a time of looking back before moving forward,
something more of us need to do.  Perhaps if more of us did this
we would not keep making the same mistakes!

The death of Tom Petty and all-those-people also was on my mind.
For some reason his death hit me harder than most, creativity-poof-gone!
M and I had many discussions on where the energy went after his death —
and yes, M and I do talk about all this stuff (see zenkatwrites) but now, even more so.

So I looked back at my names/nicknames for some reason
— and I trust there is some reason for that string of names —
and finally gave one of the mementos of my childhood mentors a safe place to be:
Aunt Elsa’s card from China.
. 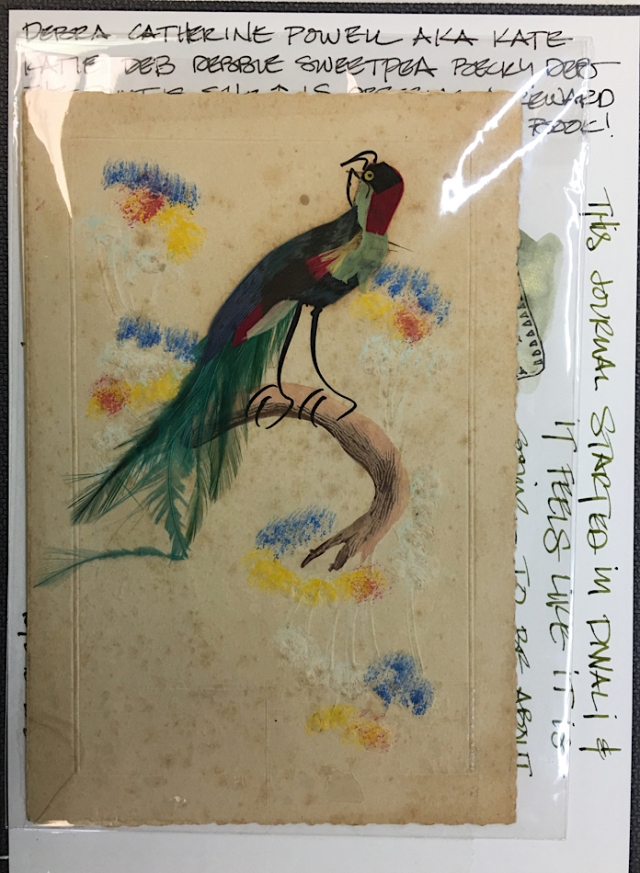 Aunt Elsa Mae Smith was a guide in my life.
My uncle died when I was five, and she and my other Aunt,
the adventurous widow Aunt Martha (who was an official patrol for the Puget Sound
in her boat during the war when the men were all gone to fight),
decided they never wanted to be home for holidays, it was too painful.
So they traveled together for six weeks every year,
places that people in my family didn’t go,
places that women didn’t go alone.

But there is more to her story.
She was a teacher, and when her daughter was born she told
my favorite Uncle she was going back to work after several months.
She had a great nanny lined up (one that stayed with them for many years)
and she missed work, the challenges, using her brain!
He told her he would not speak to her if she went to work — forbade it!
She did, and the war of silence began.  He did not speak to her for several months (understand they had a wonderful marriage except for this hiccup.)
When it was over she won.  There was my model for feminism.

She taught, became VP of Girls in Watts
(yes, she took on a place that no one would go and did well
with knife fights and the sadness of that ghetto)
and taught me about bravery and being smart (the two went hand-in-hand).

When she “retired” she went on and had two more chapters.

She became a diplomat for the federal government in education.
She traveled and studied the way other countries educated their children.
She lobbied to get the USA to see the wisdom in the methods she found important.
In many countries children are tested and make choices about their futures
between the ages of 14 and 16.  Not all wanted to be college bound nor were they
good candidates for college — so they were given other options to be successful.
Hands-on work, crafts, trades, still with the basics of education
(social studies/language/writing skills)
but not with the huge and demeaning divisions many experience in the USA.
It is just a choice.
They get to be successful, confident, and a higher life success rate ensues!

Then when traveling full-time became tedious,
she started the School of Gerontology at USC, our alma mater.
Yup, my Auntie Elsa started the first curriculum to study aging.

I wanted to be a teacher when I grew up.
I wanted to be like her without the losses: adventurous, feminist, making a difference.
She told me not to study teaching.
“Boring and useless,” she said, “with all you really need to know taught in about a year.”
*no offense to those that studied teaching*

She advised me to find something that interested me and teach THAT.
I’ve been taking her advice ever since. 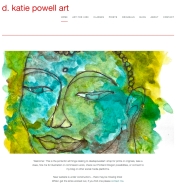 It first appeared in Danish writing in the 19th Century and has since evolved into the cultural idea known in Denmark and Norway today.[2] Hygge has exactly the same meaning in Norwegian as in Danish and is a widely used word in both countries (including in its derived forms, such as hyggelig). The idea behind hygge, and similar words like koselig, is an important part of the cultural identity for most Norwegian and Danish people. It is not just a word, like the English word cozy.”  Wikipedia