Posted on October 24, 2018 by dkatiepowellart 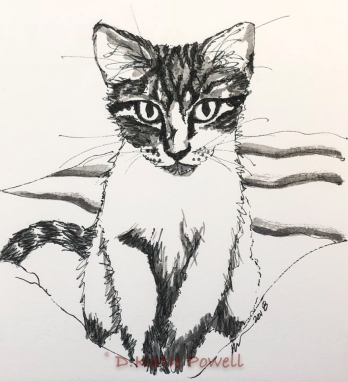 We fall in love with the energy of a soul in a photo.

Tiny Fred began his story way up a tree in a neighborhood in Washington State.
Boys playing heard his cries, and brought him to the grandparents.

Nobody in the surrounding neighborhoods claimed him.
A personable cat, Fred made friends with everyone, hanging with dogs and cats and people.
He showed that he could fit in anywhere, that he was family!

The foster family came,
and the boy fell in love with Fred.

Fred woke the boy every morning,
“Wanna Play?”  They went everywhere together, snuggled and scratched
and played until Fred curled
into bed with the boy at night.
They became best friends,
and Fred became a well-adjusted,
gregarious, brave kitten who
thought he as big as a Tiger.

But Fred was destined
for a Forever Home.

At night his picture went
around the world on
the magical Instagram.
Two people missing their beloved grey tabby snuggled into bed at night with their tuxedo cat, panther cat, and siamese gurl, laughing at pictures of Fred.
They fell in love with Fred lounging on the sill at the
beach house on the Washington coast or riding home to
Portland on the boys lap.
They delighted at the snuggly pictures and the loving looks between boy and cat.
They arranged for a pickup.

In a crowded store the boy told Fred’s story, his quirks and gave him a last hug.
He didn’t want to let Fred go.
We gave him the chance to keep Fred,
but it was time.  Tears all around,
Dad and Boy saying goodbye, and us at the huge gift of Fred coming into our lives.
So it began.

These are sketches from when Fred aka Hari aka Terror-Tiger was a foster kitten, lovingly taken care of by a responsible young man who did not want to let him go.  They allowed me to use the images they took of “Fred.”

The stories will continue, of Fred and Savitri and Yamantaka. 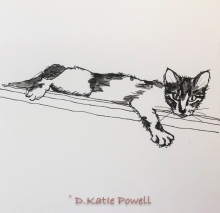 I am available for sketched pet portraits. 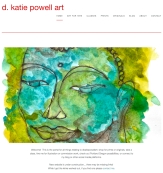 “Memory is more indelible than ink.”
Anita Loos, Gentlemen Prefer Blondes.
“I think not….”
Me… why I journal!

4 Responses to Inktober 24, Hari aka Fred